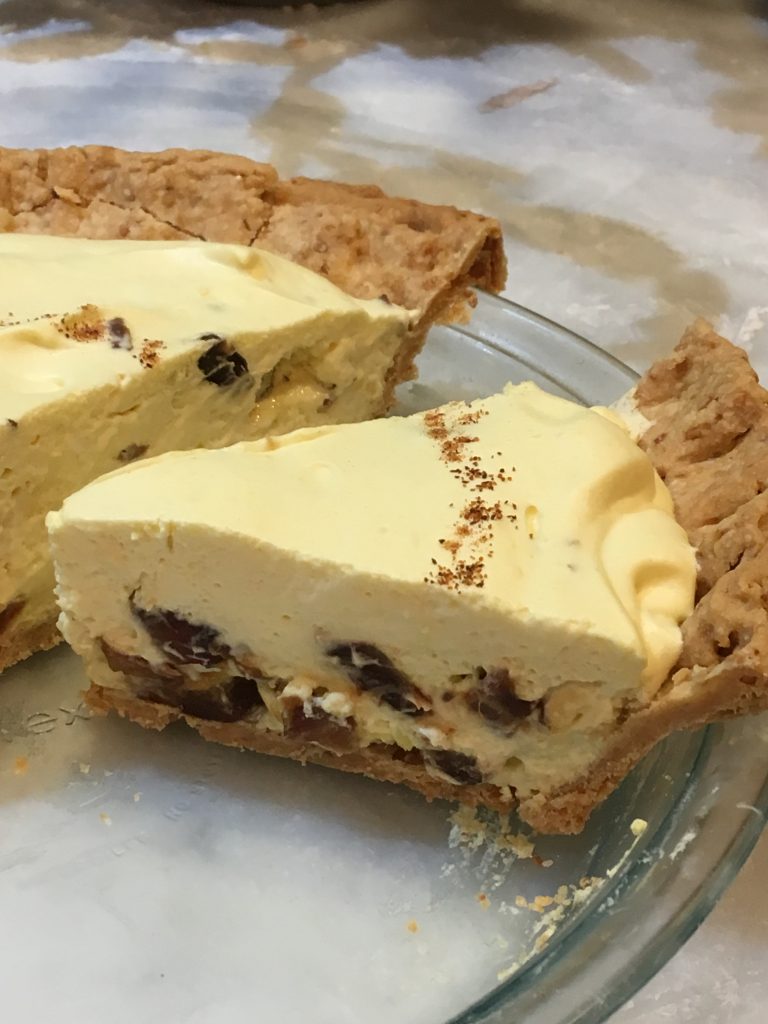 I first baked “Open Sesame Pie” in 1954 soon after the recipe won the Grand Prize of $25,000 at Pillsbury’s 6th Grand National Bake-Off. As a 15-year-old, I just had to bake this pie because of two ingredients: sesame seeds and dates. I grew up living with my Arabic granny, and loved all sorts of her Middle-Eastern flavorings. But I just was mad about sesame seeds–toasted, of course–and dates.

Toasted sesame seeds in the piecrust and dates in a chiffon filling were a food marriage like no other I had ever seen. As a young baker my pastry technique was in its infancy. But I soldiered on, and claimed victory for a crisp and flaky crust. The chiffon filling was the perfect foil for finely cut dates, and I couldn’t stop eating slice after slice of pie.

Back in 1954 I could buy packages of cut up pitted dates. Today, I use lusciousMedjool dates. I pit them, weigh the 8 ounces called for in the recipe, and use scissors to snip the fruit into small pieces. The instruction to cook the chiffon custard until it coats a metal spoon is a tricky step because the custard barely thickens. I measure the temperature of the custard with an instant-read thermometer. When it reads 175-180 degrees F, the custard is done.

More recent versions of this pie published by Pillsbury have increased the amount of whipped cream in the chiffon filling considerably. I find 1 cup of cream, whipped until thick, is just right. Make this pie! You just may fall in love with it as much as I did. 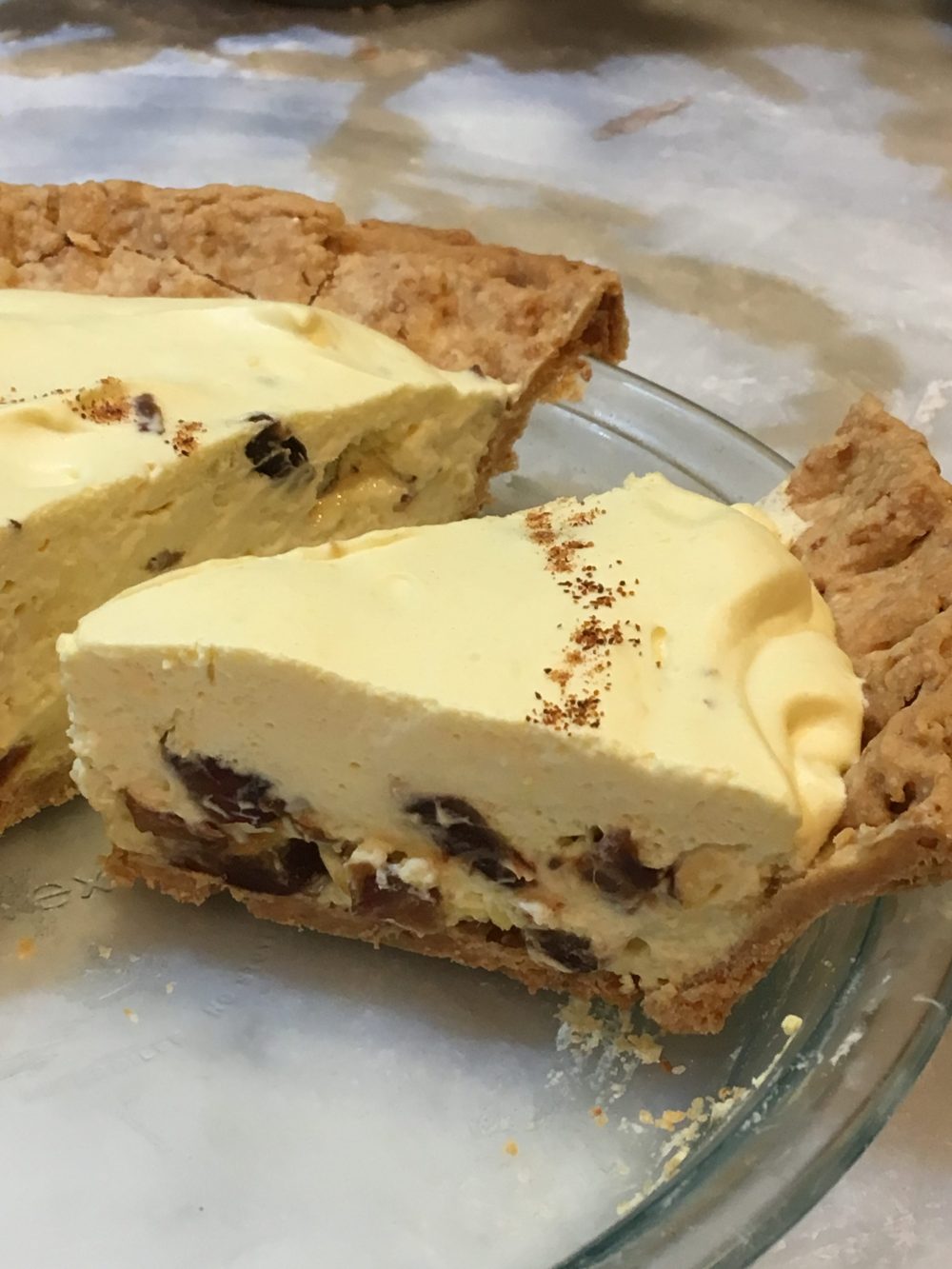