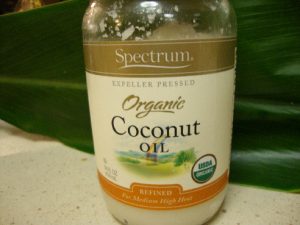 I all of a sudden got this hankering for a southern biscuit with my bacon and eggs the other day and thought, hey, I’m in the south, the southern end of the big island of Hawaii, so why not make southern biscuits with a Hawaiian twist?

Coconut has gotten a bad rap in the past because of its saturated fat content, but that’s because the oils were partially hydrogenated and some got converted into trans fats. Melissa Clark’s article in the New York Times discusses the controversy and clears up some of the thorny issues relating to the healthful benefits of coconut oil.

Coconut oil is solid at room temperature and makes wonderfully flaky scones and pie crusts and can be creamed with sugar instead of butter for a cake batter.

What surprised me was that I could not detect a specific coconut taste in Hula Biscuits. They are very tender and have a pleasant sweetness without any addition of sugar. 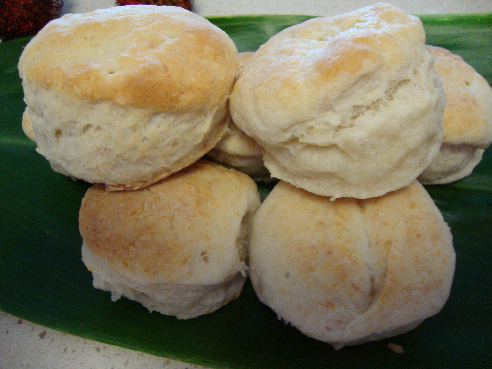 Greg Patent
I all of a sudden got this hankering for a southern biscuit with my bacon and eggs the other day and thought, hey, I’m in the south, the southern end of the big island of Hawaii, so why not make southern biscuits with a Hawaiian twist?
Print Recipe Pin Recipe
Course Breakfast, Side Dish
Cuisine American
Servings 12 biscuits